Diagnosis of Mucopolysaccharidosis Based on History and Clinical Features 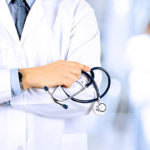 Mucopolysaccharidosis (MPS) are infrequent deposit diseases; generally, the diagnosis is delayed until symptoms appear. A substantial number of patients are misdiagnosed since they describe nonspecific initial symptoms and signs in common.

The aim of this study is to describe the common characteristics of patients with mucopolysaccharidosis already diagnosed, treated in hospitals of the Guanajuato Health System, with a special focus on early manifestations in order to review early clinical suspect manifestations. The study was carried out in the Pediatric departments of five big important hospitals of Bajio Mexico region in the period from February to August 2016. Eighteen patients were identified, 13 men and five women, with an average age of 8.6 years. The most frequent mucopolysaccharidosis was type IV A (Morquio) in seven patients, followed by type I (Hurler) in four patients, three patients for type III (San Filippo), two patients for type II (Hunter), and two patients for type VI (Maroteaux-Lamie). The commonest clinical manifestations at diagnosis were dimorphism, triangular dorsal hump, skeletal alterations, and a limited range of movement in the major joints. Non-skeletal manifestations, such as an umbilical/inguinal hernia and hepato-splenomegaly, were very frequent. In a majority of patients with mucopolysaccharidosis, the radiological data of the disease were found: they were most severe in type IV and type VI, mild in type I and II, and none in MPS III. The full article you can find here.

A multidisciplinary approach to the clinical management of Prader-Willi syndrome