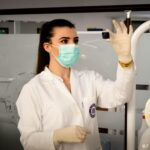 Individuals with urea cycle disorders (UCDs) often present with intellectual and developmental disabilities. The major aim of this study was to evaluate the impact of diagnostic and therapeutic interventions on cognitive outcomes in UCDs..The mean cognitive standard deviation score (cSDS) was lower in symptomatic than in asymptomatic individuals with UCDs. In ornithine transcarbamylase and argininosuccinate synthetase 1 deficiencies, we did not find evidence that monoscavenger therapy with sodium or glycerol phenylbutyrate was superior to sodium benzoate in providing cognitive protection. Early liver transplantation appears to be beneficial for UCDs. It is noteworthy that individuals with argininosuccinate synthetase 1 and argininosuccinate lyase deficiencies identified by newborn screening had better neurocognitive outcomes than those diagnosed after the manifestation of first symptoms. Cognitive function is related to interventional and non-interventional variables. Early detection by newborn screening and early liver transplantation appear to offer greater cognitive protection, but none of the currently used nitrogen scavengers was superior with regard to long-term neurocognitive outcome. For more information click here.