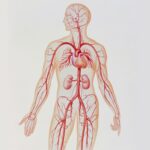 To compare clinical characteristics and pattern of vascular involvement at disease onset according to gender specificity in patients with Takayasu arteritis (TA). Data from 117 TA patients (11 male, 106 female), diagnosed according to the American College of Rheumatology criteria, from our centre were retrospectively collected. Differences between men and women regarding demographic features, diagnostic delay, signs and symptoms attributed to TA, and arteries involved at diagnosis were compared. Data were obtained from three published articles describing gender differences in TA. A global analysis of these three cohorts plus ours (a total of 578 patients; 108 men, 470 women) was performed. In our TA cohort, age at disease onset and age at diagnosis were not significantly different between genders. Diagnostic delay was higher in men. Male patients showed higher involvement of iliac arteries, females suffered more frequently from upper limb claudication. In TA patients, gender has a strong influence on pattern of vascular involvement and consequently on clinical presentation. Specifically, women have a higher involvement of the supradiaphragmatic vessels, whereas in men the abdominal vessels are more frequently affected. For more information click here.

Мonogenic disorders that overlap with the phenotype of Rett syndrome

The Application of ‘Omics’ to Pulmonary Arterial Hypertension

The clinical and pathological panoply of systemic mastocytosis

COVID-19 and Cardiomyopathies and Myocarditis