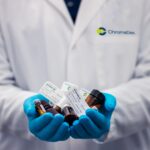 Multiple Endocrine Neoplasia type 1 (MEN1) has been causing problems for clinicians since it was described in 1954 by Wermer. Not only its rarity, but also variable clinical manifestations and no genotype-phenotype correlation make it hard to establish evidence-based guidelines for management of this syndrome. Nationwide registers and population-based researches are the best means to improve knowledge about this rare disease. By now, there was no example of such research in the Polish population of MEN1 patients. We performed a retrospective analysis of clinical and genetic data of patients diagnosed with MEN1 syndrome and followed-up in two polish referral centers in years 1994-2018. Polish population of patients with MEN1 is different than previously described European and Asian populations primarily in prevalence of functional NETs. Frameshift mutation with STOP codon of MEN1 gene increase significantly risk of PA. Further studies, with a larger cohort of patients, are needed to fully describe the Polish population and improve diagnosis and management of the syndrome. For more information click here.

How to Manage Adult Coeliac Disease

Clinical case of a patient with plexus brachialis...