Epidemiology of Dandy-Walker Malformation in Europe 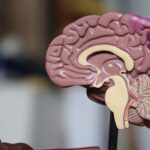 Dandy-Walker (DW) malformation is a rare and severe congenital anomaly of the posterior fossa affecting the development of the cerebellum and the fourth ventricle. The aim of this study was to investigate the epidemiology of DW malformation, using data from the European population-based registries of congenital anomalies in the European Surveillance of Congenital Anomalies network. Anonymous individual data on cases of DW malformation diagnosed in 2002-2015 from 28 registries in 17 countries were included. Prevalence, prenatal detection rate, proportions and types of associated anomalies were estimated. Cases of DW variant were considered and analysed separately. This European population-based study provides the epidemiological profile of DW malformation. All birth outcomes were analysed and TOPFA represented more than half of the cases. About 50% of the cases of DW malformation were associated with other non-cerebral anomalies. Large populations and all birth outcomes are essential in epidemiological studies of rare and severe congenital anomalies. For more information click here.

Do compulsory licensing have a place in the debate on access to innovative therapies?

A rare case of cleft lip and its surgical-orthodontic treatment

Buschke-Ollendorff Syndrome in a 6-year-old Patient

The Application of ‘Omics’ to Pulmonary Arterial Hypertension

The clinical and pathological panoply of systemic mastocytosis