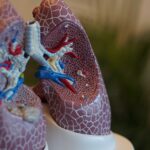 Limited data exist about the clinical presentation, ideal therapy and outcomes of patients with hereditary hemorrhagic telangiectasia (HHT) who develop venous thromboembolism (VTE). We used the data in the RIETE Registry to assess the clinical characteristics, therapeutic approaches and clinical outcomes during the course of anticoagulant therapy in patients with HHT according to initial presentation as pulmonary embolism (PE) or deep venous thrombosis (DVT). Of 51,375 patients with acute VTE enrolled in RIETE from February 2009 to January 2019, 23 (0.04%) had HHT: 14 (61%) initially presented with PE and 9 (39%) with DVT alone. Almost half (47.8%) of the patients with VTE had a risk factor for VTE. Most PE and DVT patients received low-molecular-weight heparin for initial (71 and 100%, respectively) and long-term therapy (54 and 67%, respectively). During anticoagulation for VTE, the rate of bleeding events (major 2, non-major 6) far outweighed the rate of VTE recurrences (recurrent DVT 1): 50.1 bleeds per 100 patient-years (95%CI: 21.6-98.7) vs. 6.26 recurrences (95%CI: 0.31-30.9; p = 0.020). One major and three non-major bleeding were epistaxis. No patient died of bleeding. One patient died shortly after being diagnosed with acute PE. During anticoagulation for VTE in HHT patients, there were more bleeding events than VTE recurrences. Most bleeding episodes were non-major epistaxis. For more information click here.

Quality of life of children with achondroplasia and their parents