Trisomy of chromosome 16 in fetus – a clinical case 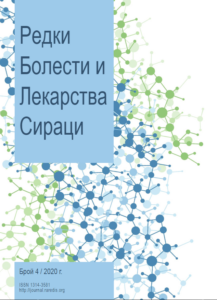 Chromosomal aberrations are the underlying cause in more than half of the early spontaneous abortions, with the greatest part being due to autosomal trisomies in particular.We are presenting a case of a couple, consulted in regards to a spontaneous abortion in 5th gestational week that is second consecutive abortion with the current partner and third consecutive pregnancy. Cytogenetic analysis on cultivated fibroblasts from abortive material was performed, examining 11 metaphases plates with the use of the GTG-banding technique. Lymphocytic cultures from both parents were also analysed in order to exclude balanced chromosomal rearrangements.It was established that the foetus had 47,XY,+16 karyotype, a complete form, with 150 bands resolution. The cytogenetic analysis of the parents confirmed normal karyotype – 46,XX for the mother and 47,XY,22pstk+ps+ for the father, with 400-550 bands resolution, GTG-banding. Аn incompatible with life sporadic mutation is confirmed in the fetus, that occurred either during gametogenesis or very early in the ontogenetic development. The risk for reoccurrence is considered low, equal to the risk in the general population.The current publication aims to demonstrate the contemporary application of the cytogenetic analysis in clarification of the aetiology of spontaneous abortions and the related genetic consultation in such cases. Given the advance in molecular-genetic techniques, which are unfortunately not yet offered massively enough in the country, this is a well-known, economically convenient and not so rarely performed method in spite of its disadvantages. Read the whole article here.