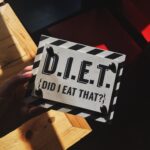 Celiac disease is an autoimmune systemic disorder, predominantly affecting the small intestine resulting in chronic inflammation. It is associated with gluten ingestion – a protein ingredient of wheat, rye, barley and oats. Susceptible and genetically predisposed individuals develop the disease in childhood or in adolescence. Common symptoms include diarrhea and signs of malabsorption, but the disease could occur with atypical manifestations such as anemia, dermatitis, osteopenia, infertility, nervous system involvement, behavioral disorders.Rare cases of acute onset of the disease in adulthood are published in the literature – celiac crisis. In this case typical are metabolic dysregulation, dyselectrolytemia, neurological disorders and higher mortality. We present a clinical case of a 39-year-old female patient with acute onset of the disease, anemia, diarrhea, electrolyte disorders, tetany, limb paresis. Serological, endoscopic and histologic findings confirm the diagnosis celiac disease. Gluten-free diet was then introduced, which led to clinical recovery. Read the full article here.