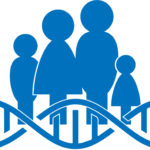 Premarital medical consultations are emerging globally as a trend. General practitioners play a major role in properly consulting the couple before marriage, as well as providing guidance for their future reproductive intentions. The purpose of this study is to assess the needs and satisfaction of the modern Bulgarian family with pre-marriage prophylactic medical examination and genetic counseling. A crosssectional survey of families was carried out at the time of submission of documents for state registration of marriage. Primary sociological information was collected through a direct individual questionnaire. The study was conducted in Plovdiv in 2015-2017. A total of 243 couples were interviewed. A high level of health consciousness was observed. Couples predominantly reported premarital examination to be a formality. Less than half of women indicated undergoing medical genetic counseling. Prevention of hereditary and rare diseases and early preconception identification of patients for genetic counseling should be a major priority in health policy and family planning. More information could be found here.