A case-control study on pregnancy in Italian Cystic Fibrosis women 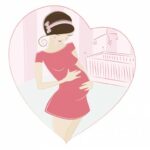 Pregnancy in CF women is no longer an exceptional event, but few information on its effect on clinical status in European CF patients are available. This study describes Italian CF pregnant population, to investigate its effect on CF woman. Data were collected (2010-2015) by the Italian CF Registry. A case-control study was performed between pregnant and never pregnant women.
Data from ICFR show that CF women can become mother with only slight adverse effect on their nutritional status. Further study should be carried out to investigate long term effect of pregnancy on lung function. The full article you can read here.