Is a global shift beginning in the paradigm of health technology assessment? 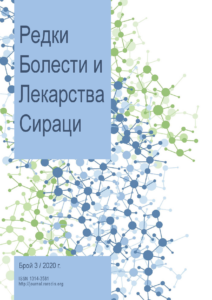 Since its inception, the paradigm of health technology assessment (HTA) has been constantly evolving. This is a completely natural process given the development of medical science and the accelerated penetration of innovative health technologies.
In recent years, however, there has been a growing trend to increase transparency in pricing and to promote performance-based reimbursement of health technologies.
On July 24, 2020, Italy officially promulgated a new regulation on HTA, which, among other things, significantly increased public control over pricing and reimbursement of all new medicinal products. This article aims to summarize and critically analyze the most important of these changes and their significance for the European policy and practice in the field of HTA. Read the whole article here.

This year marks the 20th anniversary of the entry into force of the Regulation (EC) № 141/2000 on orphan medicinal products. This legislation determines the criteria for the designation of orphan medicinal products for the prevention, diagnosis and treatment of rare conditions, as well as provides incentives for their research, development and marketing. Although rare diseases appear in some earlier documents of the European legislation, this regulation is the first to specifically and exclusively address the problems of people with rare diseases and their families in Europe.

Twenty years later, it is time for reconsideration. In this context, the European Commission conducted a series of public consultations with various stakeholders, followed by a study of the effect and results of Regulation (EC) № 141/2000. There are many reasons for satisfaction, but the identified problems are not few. However, on the most important issue – adequate access of patients with rare diseases to therapy with orphan drugs – the success is partial. Yes, the number of orphan drugs with a marketing authorization in the EU is significant. But at the same time, there are huge inequalities in access to them across member states. A significant part of these therapies remain inaccessible to Eastern European patients. Read the whole article here.

The monograph “Hereditary retinal dystrophies” by Assoc. Prof. Dr. Elena Mermeklieva describes the nature of hereditary retinal dystrophies, which are genetic diseases from the group of “rare eye diseases”. The etiopathogenesis, the clinical presentation, the modern diagnostic methods, as well as the possibilities and perspectives for treatment of the separate nosological entities are described in detail. The most up-to-date scientific information on the topic is presented, as well as interesting examples from the author’s practice. The social aspects related to these rare but severely disabling diseases are also considered.The topic would be of interest to ophthalmologists, geneticists, electrophysiologists, molecular biologists, optometrists and social workers, as the right care for these patients requires close collaboration and good cooperation between all these specialists.

The Importance of Reference Centers and Registries for Rare Diseases: The Example of Alpha-1 Antitrypsin Deficiency 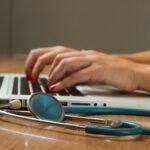 Alpha-1 antitrypsin deficiency (AATD) is a rare and underdiagnosed disease that is associated with the development of liver disease in adults and children and pulmonary emphysema in adults. Several studies have shown that there is limited knowledge about the disease and its diagnosis among health care providers, and there is an important inequity in the access to specialized care and appropriate treatment across Europe. The European Commision and the European Respiratory Society (ERS) recommend that the care of patients with AATD must be organized in reference centers at national or regional levels. These reference centers must provide optimal clinical care in terms of adequate diagnostic techniques, such as phenotyping and genotyping, and ensure access to treatment according to guidelines. Reference centers should also provide continuous medical education for health care professionals, genetic counseling, collaboration with patient associations and promote collaborative research and clinical trials with new and existing treatments for the disease. These centers must have a registry of their activity and collaborate with large, international, multicenter registries, such as the European Alpha-1 antitrypsin Deficiency Research Collaboration (EARCO) international registry, which is endorsed by the ERS, and aims to recruit up to 3,000 patients over a period of three years and prospectively follow them to better understand the natural history of the disease and the impact of different treatments on outcomes in a real life setting. International collaboration and standardized collection of high-quality prospective data will provide new insights into the clinical manifestations and prognosis of AATD. For more information click here.

This video explains to patients affected by rare, low prevalence and complex diseases what the European Reference Networks (ERN) are and how they might support them to identify diagnosis or treatment, in the case their health professional considers the support of the ERNs is necessary. The video is available in Bulgarian on European Commission website: https://europa.eu/!kP76Cq 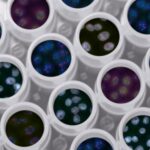 Antibody-dependent cellular cytotoxicity (ADCC) is the primary mechanism of actions for several marketed therapeutic antibodies (mAbs) and for many more in clinical trials. The ADCC efficacy is highly dependent on the ability of therapeutic mAbs to recruit effector cells such as natural killer cells, which induce the apoptosis of targeted cells. The recruitment of effector cells by mAbs is negatively affected by fucose modification of N-Glycans on the Fc; thus, utilization of afucosylated mAbs has been a trend for enhanced ADCC therapeutics. Most of afucosylated mAbs in clinical or commercial manufacturing were produced from Fut8-/- Chinese hamster ovary cells (CHO) host cells, generally generating low yields compared to wildtype CHO host. This study details the generation and characterization of two engineered CHOZN® cell lines, in which the enzyme involved in guanosine diphosphate (GDP)-fucose synthesis, GDP mannose-4,6-dehydratase (Gmds) and GDP-L-fucose synthase (FX), was knocked out. The top host cell lines for each of the knockouts, FX-/- and Gmds-/-, were selected based on growth robustness, bulk MSX selection tolerance, production titer, fucosylation level, and cell stability. We tested the production of two proprietary IgG1 mAbs in the engineered host cells, and found that the titers were comparable to CHOZN® cells. The mAbs generated from either KO cell line exhibited loss of fucose modification, leading to significantly boosted FcγRIIIa binding and ADCC effects. Our data demonstrated that both FX-/- and Gmds-/- host cells could replace Fut8-/- CHO cells for clinical manufacturing of antibody therapeutics. For more information click here. 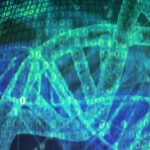 Multiple sulfatase deficiency (MSD) is an ultra-rare neurodegenerative disorder caused by pathogenic variants in SUMF1. This gene encodes formylglycine-generating enzyme (FGE), a protein required for sulfatase activation. The clinical course of MSD results from additive effect of each sulfatase deficiency, including metachromatic leukodystrophy (MLD), several mucopolysaccharidoses (MPS II, IIIA, IIID, IIIE, IVA, VI), chondrodysplasia punctata, and X-linked ichthyosis. While it is known that affected individuals demonstrate a complex and severe phenotype, the genotype-phenotype relationship and detailed clinical course is unknown. We report on 35 cases enrolled in our retrospective natural history study. Neurologic function was longitudinally assessed with retrospective scales. Biochemical and computational modeling of novel SUMF1 variants was performed. Genotypes were classified based on predicted functional change, and each individual was assigned a genotype severity score. The median age at symptom onset was 0.25 years; median age at diagnosis was 2.7 years; and median age at death was 13 years. All individuals demonstrated developmental delay, and only a subset of individuals attained ambulation and verbal communication. All subjects experienced an accumulating systemic symptom burden. Earlier age at symptom onset and severe variant pathogenicity correlated with poor neurologic outcomes. Using retrospective deep phenotyping and detailed variant analysis, we defined the natural history of MSD. We found that attenuated cases can be distinguished from severe cases by age of onset, attainment of ambulation, and genotype. Results from this study can help inform prognosis and facilitate future study design. For more information click here. 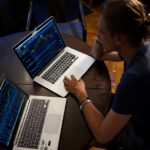 Interest in drug development for rare diseases has expanded dramatically since the Orphan Drug Act was passed in 1983, with 40% of new drug approvals in 2019 targeting orphan indications. However, limited quantitative understanding of natural history and disease progression hinders progress and increases the risks associated with rare disease drug development. Use of international data standards can assist in data harmonization and enable data exchange, integration into larger datasets, and a quantitative understanding of disease natural history. The US Food and Drug Administration (FDA) requires the use of Clinical Data Interchange Consortium (CDISC) Standards in new drug submissions to help the agency efficiently and effectively receive, process, review, and archive submissions, as well as to help integrate data to answer research questions. Such databases have been at the core of biomarker qualification efforts and fit-for-purpose models endorsed by the regulators. We describe the development of CDISC therapeutic area user guides for Duchenne muscular dystrophy and Huntington’s disease through Critical Path Institute consortia. These guides describe formalized data structures and controlled terminology to map and integrate data from different sources. This will result in increased standardization of data collection and allow integration and comparison of data from multiple studies. Integration of multiple data sets enables a quantitative understanding of disease progression, which can help overcome common challenges in clinical trial design in these and other rare diseases. Ultimately, clinical data standardization will lead to a faster path to regulatory approval of urgently needed new therapies for patients. For more information click here.