An evaluation of masitinib for treating systemic mastocytosis 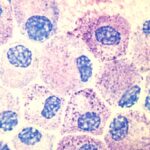 Systemic Mastocytosis (SM) is a complex family of rare diseases, against which pharmacological therapies are still very few. It is a c-kit driven disease, whose disregulation leads to uncontrolled activation and proliferation of mast cells (MCs) with consequent release of effector molecules which are responsible for its clinical manifestations. Masitinib is a relatively new potential drug against SM and its chemical structure strictly derives from imatinib, the first tyrosine kinase inhibitor which entered the pharmaceutical market about 15 years ago. In this review, the authors present masitinib in all its properties, from chemistry to pharmacology and toxicity to its potential clinical application in SM, focusing the discussion on the few clinical trials in which it has been involved, with a particular attention on the still open challenge to determine how to measure the response to therapy. In spite of their similarity in chemistry and biological activity against submolecular targets, masitinib is much more selective towards c-kit receptors than other tyrosine kinases, such as Bcl-Abl. Furthermore, its ability to inhibit degranulation, cytokine production and MCs migration from bone marrow gives it a great chance to become an important therapeutic option for selected SM patients. For more information click here.

Experiences of living with dystonia

Proceedings book of the 11th National Conference for...

Links for the development of the mental in...

Patients with rare diseases in Bulgaria during the...

A new series of interesting topics is starting...

Nutrition in patients with narcolepsy

The potential role of the pharmacist in supporting...