Мonogenic disorders that overlap with the phenotype of Rett syndrome 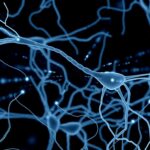 Rett syndrome (RTT) is an early-onset neurodevelopmental disorder that is caused by mutations in the MECP2 gene; however, defects in other genes (CDKL5 and FOXG1) can lead to presentations that resemble classic RTT, although they are not completely identical. Here, we attempted to identify other monogenic disorders that share features of RTT. A total of 437 patients with a clinical diagnosis of RTT-like were studied. A total of 40 patients with clinical features of RTT had variants which affect gene function in six genes associated with other monogenic disorders Genetic studies using next generation sequencing (NGS) allowed us to study a larger number of genes associated with RTT-like simultaneously, providing a genetic diagnosis for a wider group of patients. These new findings provide the clinician with more information and clues that could help in the prevention of future symptoms or in pharmacologic therapy. For more information click here.

Whole-genome sequencing of patients with rare diseases in...

The pharmacological management of vertigo in Meniere disease

A roadmap for progress and success in defining...

A case of atypically located angiolipoma

Pathological mandibular fracture as a complication after lower...