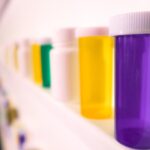 Uncommon characteristics in genetically unsolved retinitis pigmentosa (RP) patients may indicate an incorrect clinical diagnosis or as yet unknown genetic causes resulting in specific retinal phenotypes. The diagnostic yield of targeted next-generation sequencing may be increased by a reasonable preselection of RP-patients. The participants in the study are one-hundred and twelve consecutive RP-patients who underwent extensive molecular genetic analysis. The methods, used in the study are characterization of patients based on multimodal imaging and medical history. Compared to genetically solved patients, genetically unsolved patients more frequently had an age of disease-onset above 30 years, showed atypical fundus features and indicators for phenocopies (eg, autoimmune diseases). Evidence for a particular inheritance pattern was less common. The diagnostic yield was 84% in patients with first symptoms below 30 years-of-age, compared to 69%  in the overall cohort. The other selection criteria alone or in combination resulted in limited further increase of the diagnostic yield (up to 89%) while excluding considerably more patients (up to 56%) from genetic testing. The medical history and retinal phenotype differ between genetically solved and a subgroup of unsolved RP-patients, which may reflect undetected genotypes or retinal conditions mimicking RP. Patient stratification may inform on the individual likelihood of identifying disease-causing mutations and may impact patient counselling. For more information click here.

Phenotypic presentations of Hajdu-Cheney syndrome according to age