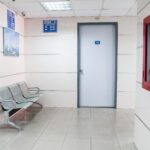 Niemann-Pick type C (NPC) disease is an autosomal recessive lysosomal storage disorder caused by mutations in NPC1 or NPC2 genes. In 2009, the molecular characterization of 44 NPC Italian patients has been published. Here, we present an update of the genetic findings in 105 Italian NPC patients belonging to 83 unrelated families (77 NPC1 and 6 NPC2). NPC1 and NPC2 genes were studied following an algorithm recently published. Eighty-four different NPC1 and five NPC2 alleles were identified. Only two NPC1 alleles remained non detected. Sixty-two percent of NPC1 alleles were due to missense variants. The most frequent NPC1 mutation was the p.F284Lfs*26 (5.8% of the alleles). All NPC2 mutations were found in the homozygous state, and all but one was severe. Among newly diagnosed patients, 18 novel NPC1 mutations were identified. For more information click here.