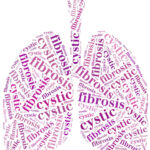 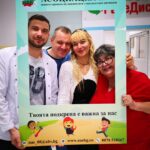 “I have HAE. I’ll be stronger with your support” is the motto of this year’s international HAE day in Bulgaria, organized by the association HAE and celebrated on the 16th of May. All the members of the organization call for support the society, families and friends of the patients. As a support, the municipality of Plovdiv joined the event and have illuminated the building of the central municipality in blue. The event is organized together with the National Alliance of People with Rare Diseases, Mr. Georgi Tityukov (Mayor of Social Policy and Sport – Plovdiv), Institute for Rare Diseases, Profesional School of Food Technology and Technologies – Plovdiv and others. 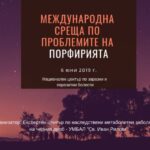 An international meeting in support of the patients with acute porphyria will be held in Sofia on 06.06.2019 in the National Center of Public Health and Analyses from 13:00-17:00. Participants in the event will be patients with porphyria and their families, medical students and interns, general practitioners from the country and other medical specialist from the  National Alliance of People with Rare Diseases (NAPRD). The participation of the event is free of charge but you need to register before 30.05.2019. For more information open the program of the event. 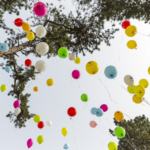 Everywhere in Bulgaria, the Rare Disease Day will be marked with raising hands and releasing balloons as a sign of solidarity with the problems of the people affected by rare diseases. On 28th of February at 13:00 we all together will show our empathy in the central part of the cities, honoring the day.

In Rousse – in front of the Rousse University ‘Angel Kanchev’, 2nd housing on ‘Studentska’ 8 street.

In Haskovo – in the Affiliate Haskovo of Trakia University on ‘Saedinenie’ 48 boulevard.

In Kyustendil – in front of the Municipal Polyclinic on ‘Yavor’ 6 street.

In Velingrad – in front of Multi-profile Hospital for Active Medical Treatment ‘Zdrave’ on ‘Saedinenie’ 49 boulevard.

In Rakitovo – in front of church ‘Sveta Nedelya’.

In Svilengrad – in front of Kinder Garden ‘Detstvo’.

In Sandanski – on ‘Bulgaria’ square.

In Radomir – on ‘Batenberg’ square.

In Silistra – on ‘Svoboda’ square.

In Vratsa – on ‘Hristo Botev’ square. 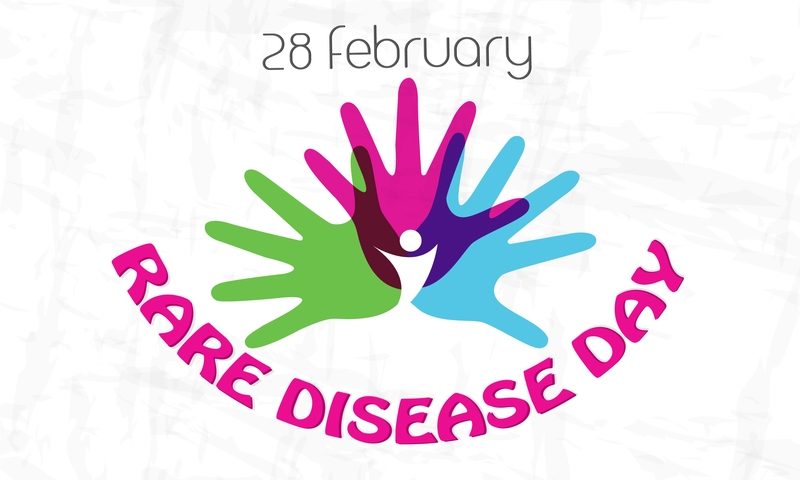 The Rare Disease Day is commemorated for 7th consecutive year in Sliven under the leadership of the president of the National Mucopolysaccharidosis Association – Desislava Hristakeva. The event is supported by the institutions in the face of the mayor of Sliven Mr. S. Radev and Deputy Mayor from the health care sector Pepa Tschilikova. With the kind participation of volunteers from the Red Cross, representatives of Association of thalassemia patients, students from Medical University of Varna – Sliven Affiliate, as well as the Principal of the Affiliate – assoc. prof. I. Dimitrov, md and the Deputy Principal assoc. prof. I. Aleksandrov, md, the children from the Day Care Center for Children with Disabilities ‘Sveti Stiliyan Detepazitel’. At 12:00 it is organized an informational campaign and at 13:00 patients, their families and friends will raise hands and will release balloons as a sign of solidarity with the problems of the people affected by rare diseases.

On 28th of February at 11:00 in Shumen a prayer will be served for all people with rare diseases in front of the chapel ‘Sveti Panteleymon’ in Multi-profile Hospital for Active Medical Treatment Shumen. Then with the participation of the students from Shumen Affiliate of Medical University of Varna, leaflets will be handed out. At 13:00 the Rare Disease Day will be marked with raising hands and releasing balloons as a sign of solidarity with the problems of the people affected by rare diseases.

On 28th of February at 13:00 on ‘Vuzrazhdane’ square in Pleven the Rare Disease Day will be marked with raising hands and releasing balloons as a sign of solidarity with the problems of the people affected by rare diseases. And on 3rd of March at 15:00 will be served a prayer in ‘Sveti Georgi Pobedonosets’ church.

On 23rd of February in Stara Zagora is organized Teddy Bear Hospital in Kalitinovo village in ‘The house of family and community’. On 24th in Mall Galleria is organized a face painting and an informational campaign. And on 28th of February at 13:00 in front of the municipality, as a sign of solidarity with the problems of the people affected by rare diseases, the attendees will mark the day with raising hands and releasing balloons. 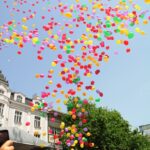 On 28th of February at 10:00 in Plovdiv a prayer will be served by Metropolitan Nikolai in the Plovdiv Metropolis and after that in the Medical University of Plovdiv, a tree will be decorated with the names of different kinds of rare diseases. In front of the municipality on ‘Stefan Stambolov’ square, at 13:00, the Rare Disease day will be marked with raising hands and releasing balloons as a sign of solidarity with the problems of the people affected by rare diseases.