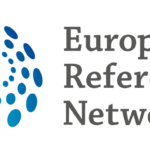 The objective of the contract is to facilitate and finance short-term professional stays for health professionals working in a healthcare provider, member or affiliated partner, of an ERN, in another provider of the same ERN. The goal of these visits is to share, exchange and acquire clinical and organisation expertise, best practices and knowledge among the ERNs members and to increase and strength the cooperation inside the network. For more information click here. 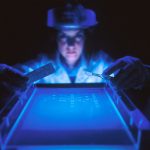 There are more than 6000 heterogeneous rare diseases and little is known about shared experiences of affected individuals in everyday life and healthcare. Objective of this study was to explore perceived burden of patients with rare chronic diseases and identify commonalities and differences in the experiences of patients with four heterogeneous conditions. In four separate and diagnostically homogeneous focus groups, we asked patients about the perceived burden of living with their rare disease. The focus groups took place at a university medical centre in Germany. We identified five main themes: medical problems, psychological burden, problems with the healthcare system, constraints and interpersonal problems. Despite clinical heterogeneity of rare diseases, affected individuals have many common experiences. Some of these experiences may resemble the burden of living with a chronic disease. However, patients reported aspects, which seem to be specific for rare chronic diseases. Generic interventions targeting shared burdens among patients with different diseases could provide adequate treatment in light of finite healthcare resources. For more information click here. 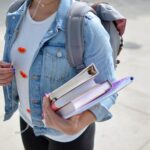 While genetics constitutes an important part of medical education, one can observe a lack of knowledge about rare diseases (RD) among medical students and healthcare professionals. Meanwhile, many RD are life threatening and chronically debilitating conditions that significantly reduce patients’ quality of life. Most RD patients experience various psychiatric symptoms, behavioral changes and mental retardation. Consequently, physicians should be educated on RD. Thus, the aim of this paper is to assess the knowledge about RD among future physicians. The study was conducted among 346 medical students of Poznan University of Medical Sciences. It showed that while 99.4% of respondents had heard the term ‘rare disease’ and 90.5% knew its main cause, only 11.5% correctly estimated the prevalence of RD. Moreover, only 35.3% knew what percentage of RD is of genetic character and 24.9% that RD are most common among children. Additionally, very few students knew the number of RD patients in Poland (5.2%). For more information click here. 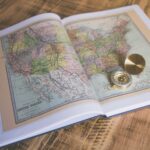 The first atlas, showing the mortality from rare disease in Spain is available online. It is the first analysis based on ICD10 and aimed to population mortality from 1999-2013. We will add until year 2018 in a few weeks. This atlas shows the population-based mortality due to Rare Diseases, its time trends and geographic variability. The epidemiological information is presented as a complement to the data from existing Rare Diseases registries. For more information click here. 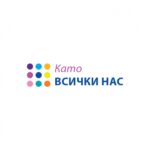 aims to inform the public about rare diseases by answering the most frequently asked questions and by telling personal stories of the people affected by them.

What are rare diseases? Those are diseases that affect less than 1 in 2 000 people. It is estimated that about 6% of the Bulgarian population suffer from rare diseases. With the advancement of medicine and innovative technologies, the opportunities for early diagnosis and treatment of people affected by rare diseases are significantly increased, which helps them living a fulfilling life, create families and have successful personal and professional realization in the society.

In Bulgaria there are only 22 people with Gaucher disease – a hereditary disease in which the body cannot break down the lipid glucocerebroside. In patients, there is an accumulation of the lipid in the liver, spleen, bone marrow and nervous system, which interferes with their normal functioning. The research work of many scientists around the world has led to the creation of enzyme replacement therapy, as a result of which people with Gaucher disease can have now an independent and fulfilling life. Take a look at the story of one patient with Gaucher disease in Bulgaria, Christian Dimitrov and find out more about this rare disease.

Thalassemia is a hereditary disease that affects hemoglobin synthesis. Hemoglobin is a part of the red blood cells and its main function is to carry oxygen to the body. A person with this disease produces “defective” hemoglobin, which makes red blood cells (erythrocytes) unstable and they are destroyed faster than usual. Women with the heavier forms of thalassemia have not been able to have children until recently due to the damage of the disease to the body. Now, thanks to the development of medicine, women with this disease can become pregnant and have healthy children. Learn about the story of Maria Ermakova from Stara Zagora, who was diagnosed with beta-thalassemia major, but that did not stop her from dreaming and starting a family.

Haemophilia is a disease that is characterized with impaired blood clotting. Due to the lack of a blood clotting factor, it takes longer for the bleedings to stop, which makes even the slightest scratches or injuries dangerous. This rare disease mainly affects men with a frequency of 1 in every 5 000. Innovations in medical science have led to the creation of treatments that allow patients to live actively and even exercise. Find out more about haemophilia from the story of Dimitar Petrov and Boyan Boyanov, who is also one of the first diagnosed patients in Bulgaria.

The media campaign “Like All of Us” is organized by the Institute for Rare Diseases, the National Alliance of People with Rare Diseases and the Association of the Research-Based Pharmaceutical Manufacturers in Bulgaria (ARPharM). For more information: www.raredis.org 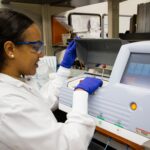 Spinal muscular atrophy with respiratory distress type 1 (SMARD1) is a rare autosomal recessive neuromuscular disorder caused by mutations in the IGHMBP2 gene, which encodes immunoglobulin μ-binding protein 2, leading to progressive spinal motor neuron degeneration. We review the data available in the literature about SMARD1. The vast majority of patients show an onset of typical symptoms in the first year of life. The main clinical features are distal muscular atrophy and diaphragmatic palsy, for which permanent supportive ventilation is required. No effective treatment is available yet, but novel therapeutic approaches, such as gene therapy, have shown encouraging results in preclinical settings and thus represent possible methods for treating SMARD1. Significant advancements in the understanding of both the SMARD1 clinical spectrum and its molecular mechanisms have allowed the rapid translation of preclinical therapeutic strategies to human patients to improve the poor prognosis of this devastating disease. For more information click here. 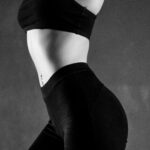 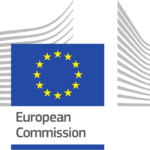 In a meeting held in Brussels last 6th February, the Commission introduced a new project to provide technical assistance to the ERNs for the development, appraisal and implementation of Clinical Practice Guidelines (CPGs) and Clinical Decision Support Tools (CDSTs). This 4 years contract will enable the ERNs to adopt a common methodology and develop their own decision-making tools: 48 new CPGs are expected and 120 existing CPGs will be adapted to the specific rare diseases they are addressing. For more information click here. 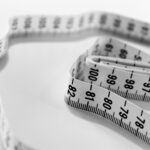 Adrenocorticotropic hormone-dependent Cushing syndrome, known as Cushing disease (CD), is a rare disease in paediatric patients, the signs and symptoms of which differ from those seen in adult patients. We included four consequent patients in the study, 7-15 years old, with CD confirmed by laboratory tests and finally by histology ex-aminations after surgery. The data were retrospectively retrieved from the medical records of all the patients from the years 2012-2018. In each case of the coexistence of growth velocity inhibition (not necessarily short stature) with the weight gain (not necessarily obesity) and the appearance of hyperandrogenism and depressive-anxiety disorders, biochemical diagnostics of CS should be performed. Obesi-ty could be a chronic complication of CD in childhood, even after effective neurosurgery treatment. For more information click here. 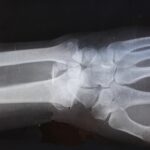 Whipple’s disease is a very rare disease needing a long-term treatment. The most frequent symptoms are recurrent arthralgia or arthritis, chronic diarrhea, abdominal pain, and weight loss. In this article, we have highlighted the main clinical features and diagnostic procedures that lead to the diagnosis and comment on the clinical response, treatment, and the factors of relapse. In current practice, it is highly difficult to diagnose Whipple’s disease. In order to decrease the delay between the first symptoms and the diagnosis, effective tools such as saliva and stools PCR should be used because higher delays of diagnosis lead to a higher number of relapses. For more information click here.