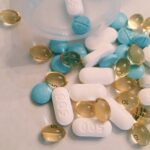 The increased survival of urea cycle disorders (UCDs) patients has led the attention to clinical manifestations that characterize the long-term disease course. Acute and chronic liver disease have been anecdotally reported since the very first description of UCDs. However a detailed analysis of long-term liver involvement in large patient cohorts is still needed. Chronic liver damage in UCDs has probably a multifactorial origin, but the specific underlying mechanisms of liver disease have not yet been well elucidated. In this study, we report on chronic liver involvement and on associated metabolic abnormalities in a large cohort of 102 UCD patients, followed by two reference centers in Italy. Chronic liver involvement was observed in over 60% of UCDs patients, and comparison between individual diseases showed a significant higher frequency in ASLD and in HHH syndrome with elevation of transaminases and of gamma-GT in ASLD, and of alpha-fetoprotein in HHH syndrome. Also, consistent with a chronic hepatic dysfunction, ultrasound examination revealed more pronounced abnormalities in ASLD and in HHH syndrome, when compared to other UCDs. Our study highlights in a large UCDs patients’ cohort that chronic liver disease is a common finding in UCDs, often with a distinct phenotype between different diseases. Furthers studies are needed to elucidate the specific involvement of different metabolic pathways in the pathogenesis of liver dysfunction in UCDs. For more information click here.

The pharmacological management of vertigo in Meniere disease

A roadmap for progress and success in defining...

A case of atypically located angiolipoma

Pathological mandibular fracture as a complication after lower...

The European Reference Networks during a pandemic –...